Total Football News | All the news about Football | Page 602 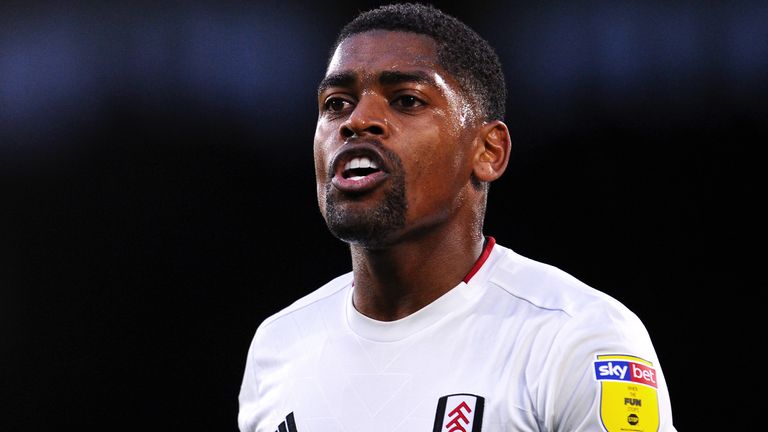 Ivan Cavaleiro has joined Fulham on a long-term deal

Fulham have exercised their option to buy winger Ivan Cavaleiro and he has signed a deal running until the summer of 2024.

The Wolves loanee has been an integral part of Scott Parker's squad this season, scoring five goals in his 26 appearances since coming to the club over the summer.

Fulham's vice chairman Tony Khan said: "Since joining us in the summer Ivan has shown real quality and I know there's much more to come.

"He is an extremely gifted player, already registering five goals and six assists, he's been outstanding for us so far. He has the ability to make a difference in a game so I am excited that he's a Fulham player until at least 2024.

"I worked hard to get him here and I know Ivan has a big part to play in the journey ahead to get us back to where we want to be, in the Premier League."

Sky Sports will bring you the very latest news from the January transfer market with the return of three shows.

Start your day with Good Morning Transfers at 9am as our team of reporters bring you the latest news and insight. Transfer Talk then follows at midday delivering analysis of the biggest stories. Then join us at 7pm for the definitive round-up of the day's news with The Transfer Show. 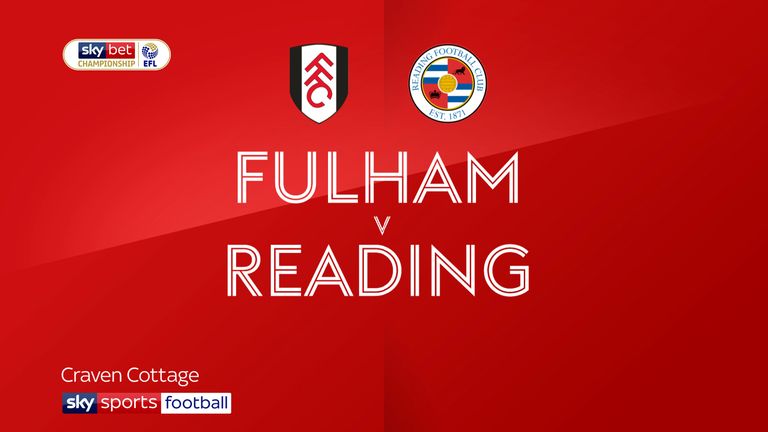 1:59 Highlights of the Sky Bet Championship match between Fulham and Reading

Highlights of the Sky Bet Championship match between Fulham and Reading

Meanwhile, the Transfer Talk podcast will also be back at the turn of the year with more expert analysis from here and across the continent.

And as well as tuning into Sky Sports News, don't miss a thing with our dedicated Transfer Centre blog.

This news item was provided by the SkySports | News website - the original link is: https://www.skysports.com/football/news/11688/11903196/ivan-cavaleiro-fulham-sign-wolves-winger-on-permanent-deal-after-successful-loan

Manchester United midfielder Paul Pogba had surgery on his latest ankle problem on Tuesday and said the procedure "went well".

The 26-year-old, who briefly returned to action in December having recovered from a previous ankle problem, has only made eight appearances this season.

After the operation, the French World Cup winner added: "We have to keep the positive energy."

Pogba is expected to be sidelined for another four weeks.

The midfielder has been linked with a move away from Old Trafford during this transfer window, but United manager Ole Gunnar Solskjaer insisted in December that the player would not be leaving in January.

This news item was provided by the BBC Sport - Football website - the original link is: http://www.bbc.co.uk/sport/football/51024447

FA Cup: BBC One to show third-round replay between Tottenham and Middlesbrough

Tottenham's FA Cup third-round replay at home to Middlesbrough will be shown live on BBC One.

The winner of the replay on Tuesday, 14 January (kick off 20:05 GMT) will be away to Southampton in the fourth round.

Middlesbrough took the lead against Spurs on Sunday through Ashley Fletcher before Lucas Moura's equaliser.

The replay between Manchester United and Wolves will be shown on BT Sport on Wednesday, 15 January (19:45 GMT).

This news item was provided by the BBC Sport - Football website - the original link is: http://www.bbc.co.uk/sport/football/51025804

They host Aston Villa in the semi-final first leg on Wednesday as overwhelming favourites to make it to Wembley.

The Foxes last won the League Cup in 2000 when they beat Tranmere 2-1.

It remains their last major final having reached the League Cup showpiece in 1997 and 1999, winning one and losing the other.

And, despite a shock Premier League title in 2016, Rodgers wants some fresh memories.

“I’m aware the club hasn’t been to a final for 20 years so let’s get there then,” he said.

“Let’s not be worried too much about the past. Let’s create this new history but we know we’re going to have to play well to get there.

“It’s always nice when you have something tangible to show for your progress.

“The players have been amazing so if you can do that it would be great. You can still do some great work as a team and as a club and not win but our ambition is to win.

“Any team that wins anything you have to move onto the next focus and target.”

Daniel Amartey is out with an ankle injury while Wes Morgan is sidelined with a groin problem after coming off in the 2-0 FA Cup win over Wigan on Saturday.

Jamie Vardy (calf) is fit and Filip Benkovic is available despite suffering a knee injury at the weekend.

Rodgers is expected to name a strong side as they look for a first-leg advantage.

He added: “It’s important to stay calm, you don’t need to magnify the importance of the game. Every game you go into you go with the intent to be aggressive, playing well and winning.

“It’s the same preparation, very calm, full of details and how can we exploit any weaknesses Aston Villa may have.”

Meanwhile, Rodgers insisted there is no change in James Maddison’s contract situation with talks continuing over a new deal.

“It’s just ongoing. James is a player we are keen to keep here and help us on this journey,” he said, with Maddison linked to Manchester United. “James and his reps are speaking with the club which is great.

“These things take time but his level has not dropped. He is playing at a really high level.”

This news item was provided by the The Independent - Premier League website - the original link is: https://www.independent.co.uk/sport/football/premier-league/leicester-city-news-carabao-cup-brendan-rodgers-new-history-a9274016.html

To enter the prize draw, just download the SWAP app, and once you’re signed up, enter promo code AFCHOME in the store section of the app. The code will automatically enter you into the prize draw and gift you an extra five free Arsenal home packs (worth £9.95) to get your collection started!

*Prize draw open to over-16 residents in the United Kingdom only (excluding Northern Ireland). Closing date January 14, 2020. No purchase necessary. The promotion is run by Fantastec Sports Technology Ltd. See the full terms and conditions here.

We Are the Collectors

Fantastec SWAP - We are the collectors

'We Are the Collectors' explores the importance of ‘collecting’ to both our players and fans alike.

Maybe you keep matchday programmes, shirts and scarves? Or perhaps your collection is more about watching every game – the miles travelled, home or away? It might simply be recalling the moments that matter most: the brilliance of Henry, the trophies lifted, the celebrations. Whatever it might be, Gooners are ‘collecting’ all the time!

Every Gooner is a collector!

This news item was provided by the Arsenal FC News Feed website - the original link is: http://feeds.arsenal.com/~r/arsenal-news/~3/yLqi-n1l3fE/win-signed-shirt-fantastec-swap