Grady Diangana: Future star | Total Football News
"He's got to keep that momentum, that hunger and that drive because he's setting himself up to be an absolutely fabulous player" Last Updated: 25/05/20 9:41am Grady Diangana is set to be a future star in English football after impressing for We...

"He's got to keep that momentum, that hunger and that drive because he's setting himself up to be an absolutely fabulous player" 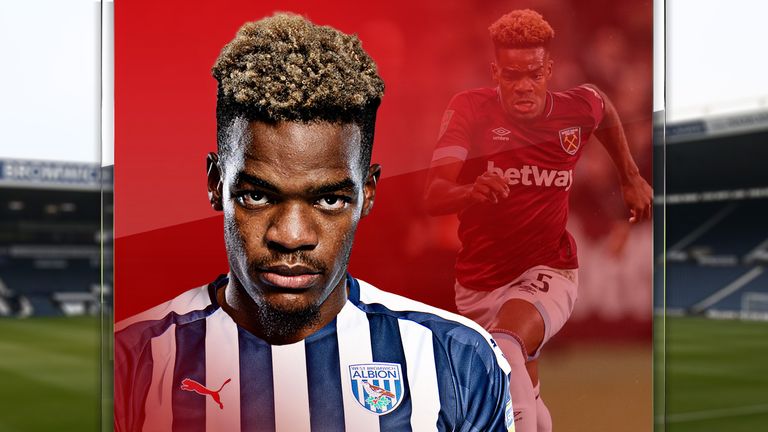 Grady Diangana is set to be a future star in English football after impressing for West Brom during a loan spell from West Ham.

Here, Sky Sports' EFL pundits Keith Andrews and Lee Hendrie assess the 22-year-old's attributes and tell us why he is such a special talent... 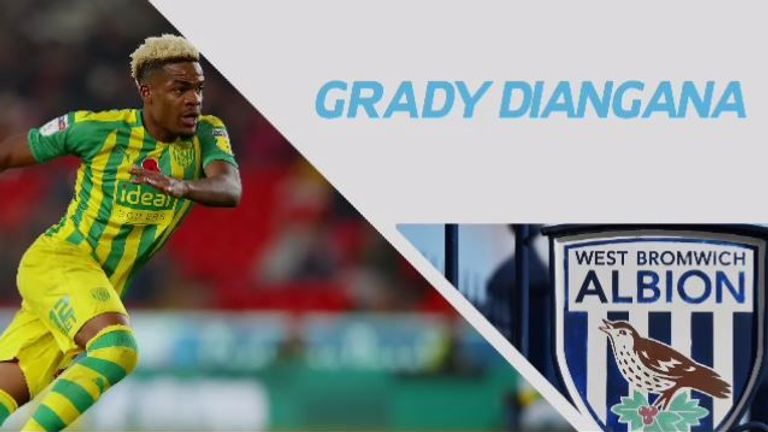 13:32 Sky Sports assess Grady Diangana and explain why the winger on loan at West Brom from West Ham is set to be a star of the future in English football

What impact has he had during his loan spell at West Brom?

Andrews: I've been very impressed right from the off. His move happened quite late in the window last summer and I think that was much to do with the fact there was so much interest and maybe whether West Ham really wanted him to go. As a young player in pre-season you get minutes because there are lots of games and he undoubtedly impressed after signing a six-year contract.

I'm sure he was in the plans but I think they came to the right conclusion in letting him go out and then it was about finding the best possible environment where he could flourish and play enough minutes. He came off the bench against Luton in his first game and scored two goals and he's been a revelation since. The injury hampered things a little bit but I've been very impressed.

If you look at West Brom last season, I just didn't see any fluidity to their play. The balance of the team was all wrong, mainly due to Dwight Gayle and Jay Rodriguez and having to get them into the team, whereas this team this season has been slick. He's been fantastic and the one thing he does is get them up the pitch quickly. He's got electric pace, whereas last year they were having to be very precise in how they built up play. Now they've got a more dynamic team and in him in particular they've got raw pace.

Hendrie: I think it was a massive move for both West Brom and Grady himself. If you look at the squad in general, they've got a mixed bag of experience and youth and I think that just ticked all the boxes for him to go there. Minutes are so important because he's still a young man learning his trade. I'm sure West Ham could've done with having him back given the season they've had so far but you've got to give him a lot of credit for going into a club like that.

You look at the stature of player they have there and I think that ticks all the boxes for Grady, West Ham and West Brom. When you've got that blend of players it's only going to bring him on. I had a good chat with Gareth Barry about him and he says that he'll go on and play at the top. They adore him at West Brom and I think they'd love to keep hold of him but the situation with West Brom potentially going up and West Ham potentially going down, he could see himself back in the Championship. He's been magnificent, easy on the eye and a massive plus point for West Brom.

Which position is he best suited to playing? 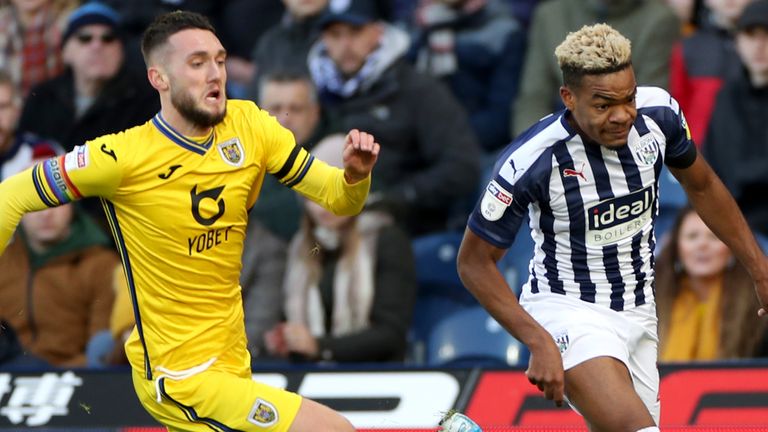 In recent years we've seen inverted wingers and it condenses the pitch. When you have his pace, his dynamic and the way he just goes, you have to be able to play on that side because a winger who is able to go both ways is a nightmare. I think the fact he's played predominantly on the left this year at West Brom means he'll be a better player because in his time at West Ham's U23s and England under-age, he has played predominantly on the right. I think he'll be a more complete player off the back of this season.

At home with... Championship stars

Sky Sports joins some of the biggest names in the Championship at home... including Leeds, Nottingham Forest and Derby.

Hendrie: He's such a young man and what I like is his positive way of playing. Some wide men are happy to just have little spells in the game but he seems to want to keep doing that and he knows he can. The aspect of cutting in from that left and coming in on your right, he can do either and what a quality that is to have in your game, especially at a young age. He's going to learn so much this season being under Slaven Bilic and working with the experienced players in the squad.

It speaks for itself how well he's done playing in those wide areas. I can only see him playing in those wide areas at the moment but I could easily see him adapting into a more central role, while also being able to drift from from left to right. When I played on the left at Villa, I'd always drift out to the right-hand side because I'd try and drag the full-back out, but he's a completely different player who wants to pick the ball up and drive at people's faces which is a total nightmare for anyone because he's got pace, he's strong and can certainly pick a pass.

Can he make it in the West Ham team when he returns? Andrews: I really do think he can - I don't think it's even a debate, really. I think they've got talented players in that area of the pitch but in terms of what we are looking at, go back a year ago to when Leicester recalled Harvey Barnes from West Brom. He was a massive loss but they took him back, Brendan Rodgers nurtured him into the team and he's really shone. I see the exact same thing happening to this lad and it's the whole part of the loan system that works.

His ability is not in doubt - that's not the reason West Ham sent him out - it's to toughen him and get him used to first-team football. When you look at the type of player he is, he's explosive and the schedule of the Championship probably doesn't suit him and it caught up with him. West Ham's schedule is Saturday to Saturday, doing gym work, recovery - first and foremost - injury prevention and things like that, before you focus again for Saturday. It will fit in very nicely for his development. For me, it's a no-brainer - he has to be in and around that first team next season.

Hendrie: I think so because in the Premier League he will have that little bit more time on the ball. The Championship is a completely different ball game; it's a lot more intense, physical and has been superb over the past four or five years. I just think that as a young man he's got to keep that momentum that he's got from gaining experience playing in the Championship.

It would be interesting to see who he looks at in the Premier League in those wide areas, whether it's Raheem Sterling or Adama Traore or whoever. I think those are the players who stand out, so if he bases his game on what they do, he'll be up there as one of the best wide men around. He's got to keep that momentum, that hunger and that drive because he's setting himself up to be an absolutely fabulous player and someone who is going to stand out for West Ham and they really need that.

This news item was provided by the SkySports | News website - the original link is: https://www.skysports.com/football/news/11688/11992234/west-hams-grady-diangana-on-loan-at-west-brom-efl-future-star

Previous: Olivier Giroud: Chelsea and France striker to stay at Stamford Bridge next season
Next: English Football League: Promotion and relegation to remain if seasons curtailed
Follow us on Twitter!! >> @AllUKFootball