Luton win to climb off bottom | Total Football News
James Collins struck as Luton climbed off the bottom of the Championship with a priceless 1-0 win over struggling Sheffield Wednesday. The Hatters' top-scorer scored in the 23rd minute to take his side to within seven points of safety and condemn the ...

Luton win to climb off bottom

James Collins struck as Luton climbed off the bottom of the Championship with a priceless 1-0 win over struggling Sheffield Wednesday.

The Hatters' top-scorer scored in the 23rd minute to take his side to within seven points of safety and condemn the Owls to their sixth defeat in nine league games.

Collins had wasted a glorious chance inside the opening 30 seconds when Pelly-Ruddock Mpanzu was tugged back in the area from Izzy Brown's pass, with referee Gavin Ward awarding a penalty.

Collins stepped up from 12 yards, only to blast his spot-kick against the crossbar and over. 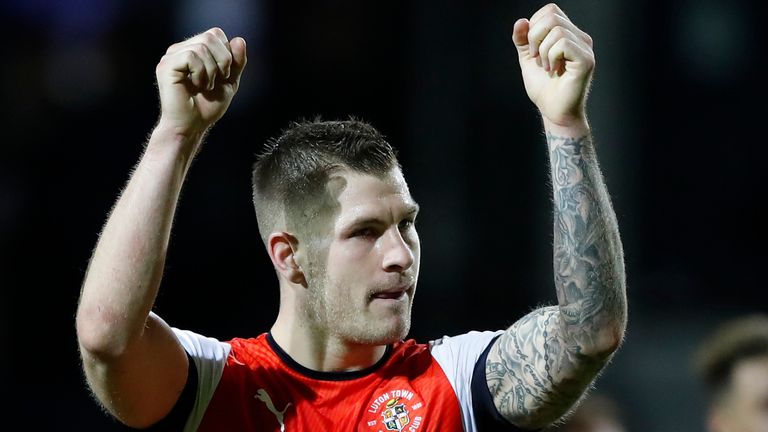 Brown then missed a sitter as meeting Collins' chested lay-off just six yards out, he side-footed against the outside of the post.

Luton finally had the lead though when visiting defender Dominic Iorfa was caught in possession, Harry Cornick rounded Dawson and squared for Collins to slide home his 10th goal of the season.

He could have made it 2-0 seconds later, diverting Mpanzu's miss-hit shot over the bar when off balance from close range.

After the break, Luton 'keeper Simon Sluga made a smart stop from Kadeem Harris' 22-yard drive, before the substitute crossed for an unmarked Julian Borner to power his header wide from just eight yards, while Matty Pearson made a superb block from Tom Lees' snapshot.

Bree's free-kick did not catch out Dawson at his near post, as he shuffled across to collect, before Iorfa tried to atone for his earlier error, heading wide when left unmarked in the area.

Dan Potts thought he had made it 2-0 with 10 minutes remaining, only to see his thumping effort from a corner ruled out for an apparent infringement on Owls 'keeper Dawson.

They were almost made to pay in stoppage time as substitute Atdhe Nuhiu was found inside the area, but the striker could only slice wide of the target under pressure from Pearson.

"People have tried to fraction us many, many times and the group's together and it's such a powerful tool. I've not felt it in a dressing room really since I've played and I thought it had gone out of the game. Results is one thing, performances is another, and our performances since Birmingham at home, where we learnt our lessons, have been totally acceptable."

Sheffield Wednesday's Garry Monk: "We need to get ourselves out of this run that we're in. We haven't managed to do that but we can't keep talking about and saying it, we train hard, we try and set them up and then hope everything goes well. We have to deliver it on a match day.

"I have to fight myself and I'm trying to help the players fight back from that as we can't keep on doing this in the run of games we've had. Little errors and schoolboy errors that cost us goals and then giving yourself an even bigger mountain to climb and come back from."

This news item was provided by the SkySports | News website - the original link is: https://www.skysports.com/football/luton-vs-sheff-wed/report/409728