Rooney will be ‘player first’ at Derby | Total Football News
Rooney also confirms he had offers from other clubs before deciding to join Derby By Matthew Treadwell Last Updated: 06/08/19 6:10pm Wayne Rooney was all smiles during his press conference at Pride Park Wayne Rooney says he has ambitions to b...

Rooney will be ‘player first’ at Derby 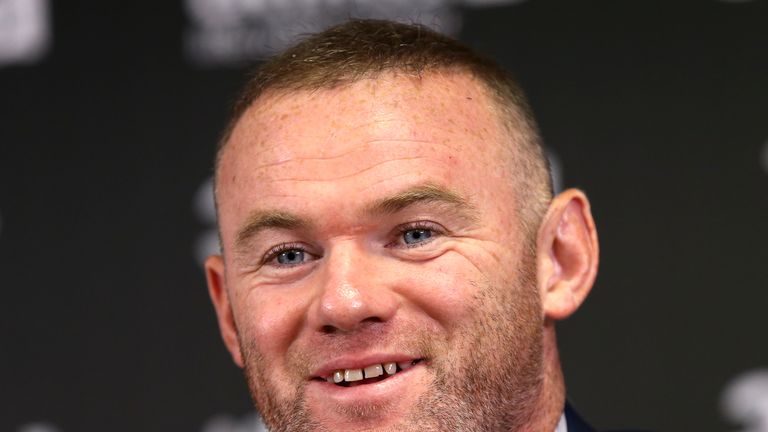 Wayne Rooney says he has ambitions to become a manager one day but insists he will be a player “first and foremost” when he joins Derby County in a player-coach role in January.

Rooney will move from MLS side DC United to Sky Bet Championship side Derby on an initial 18-month contract.

The 33-year-old former England international is keen to learn from Rams' head coach Phillip Cocu, and he plans to add something to the team both on and off the pitch as they attempt to secure promotion back to the Premier League after losing to Aston Villa in the Championship play-off final last season.

"First of all I'm a player. I've got a lot of quality I can bring to the squad," Rooney said at the news conference to officially announce the deal.

"First and foremost, I want to come in and play and help the team. Secondly, I want to learn off Phillip and his staff to gain experience for when I do stop playing and take that next step.

"I think once this opportunity arose and I had a decision to make, I spoke with Phillip on the phone. After that I was happy with the situation and wanted to come here."

Wayne Rooney faced the media after agreeing to join Derby as player-coach from January 2020.

Asked how the move came about, Rooney added: "My agent spoke to the club and the owners here. It became apparent it was a deal that could happen.

"I had a decision to make and the opportunity to come back to England and play but also to take up a coaching role and work under Phillip Cocu was too great for me to turn down.

"There were other clubs making offers and enquiring about me but I made the decision to come here and that was it, I wasn't going to go back on my decision. 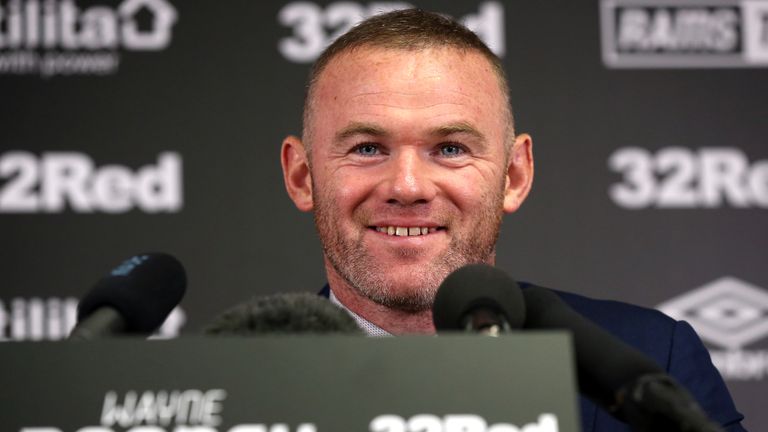 "Over the last week we've been trying to work out a deal with DC [United] which allowed me to go back and play there, and we got to that decision.

"It's only fair to DC United [to move in January] - they've been fantastic to me.

"We're in a good position in the league and with nine games left of the season I think it would be disrespectful to them if I didn't finish the season and try and help us get into the play-off spots and win a trophy."

Rooney also confirmed he is keen to play on for as long as he can, even if that means returning to English football in the Championship rather than the Premier League.

"It's football, it's what I've done all my life, and it's what I love. Until my body says I can't do it anymore, I'll keep doing it," he said.

"We'll have to wait and see [how I'll manage my body]. I know my body, I'm experienced to know if I can't play one game. I feel good, I've played the whole season in the States."

Asked where he will play, Rooney added: "I can play in midfield or as a striker. I'm sure in certain games that might change."

This news item was provided by the SkySports | News website - the original link is: https://www.skysports.com/football/news/11688/11778864/wayne-rooney-says-derby-county-move-will-see-him-as-a-player-first-and-foremost