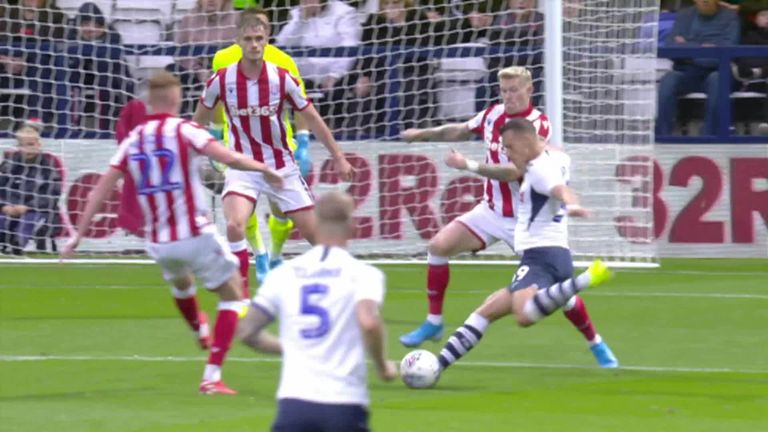 0:51 Jack Butland had a night to forget against Preston

Jack Butland had a night to forget against Preston

Nathan Jones conceded he might have to take "unsettled" goalkeeper Jack Butland out of the Stoke starting line-up after his two errors proved costly in a 3-1 defeat to Preston.

Butland was at fault for Preston's first two goals as he let low shots from outside the box squeeze past him.

There has been speculation that Butland could move abroad during this month while he also looks set to miss out on Gareth Southgate's England squad for upcoming games against Bulgaria and Kosovo.

Speaking after the defeat to Preston, Stoke manager Jones suggested the noise surrounding Butland has had an impact.

"We are travelling on the bus and there's a big story about Jack being left out of the England squad, it's all unsettling," he told Sky Sports.

"Maybe I need to put him out of the firing line and wait until the window shuts to get his head focused because all the stories are about what's not happening to Jack rather than him being Stoke City goalkeeper. 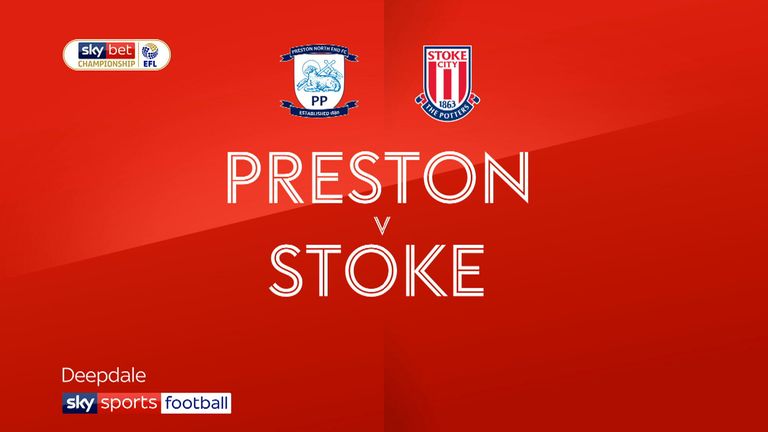 2:03 Highlights of the Sky Bet Championship match between Preston and Stoke

Highlights of the Sky Bet Championship match between Preston and Stoke

"We haven't done a lot wrong but tame shots have gone in and they haven't had to work hard for the third goal. We had enough opportunities to get something out of the game but you can't do that when you give away the goals we did.

"We keep shooting ourselves in the foot. It's frustrating and things have to change. We have to be a but more streetwise and not concede silly goals.

"We have had chances that were as good as, if not better, than them tonight, but it was never really a contest because of how we went about it."

The defeat means Stoke are winless from four matches and remain bottom of the Championship.

"It's been difficult," said Jones, who has only won three league matches since he was appointed in February.

"We haven't done the basics well enough. Things just haven't clicked at the minute. We thought we had turned a corner this summer. We recruited well and have a good group but errors have really cost us. Maybe that's me and the team I picked, we have to revaluate and see where we are.

"It's nothing to do with systems, it's not how we are playing, we are not getting carved open, it's just we are not doing the basics right."

This news item was provided by the SkySports | News website - the original link is: https://www.skysports.com/football/news/11688/11790911/jack-butland-nathan-jones-may-drop-unsettled-stoke-goalkeeper

Previous: Leeds United 1-0 Brentford: Eddie Nketiah scores winner on home debut
Next: Can you name our last 30 scorers at Anfield?
Follow us on Twitter!! >> @AllUKFootball