Cocu: I am a winner 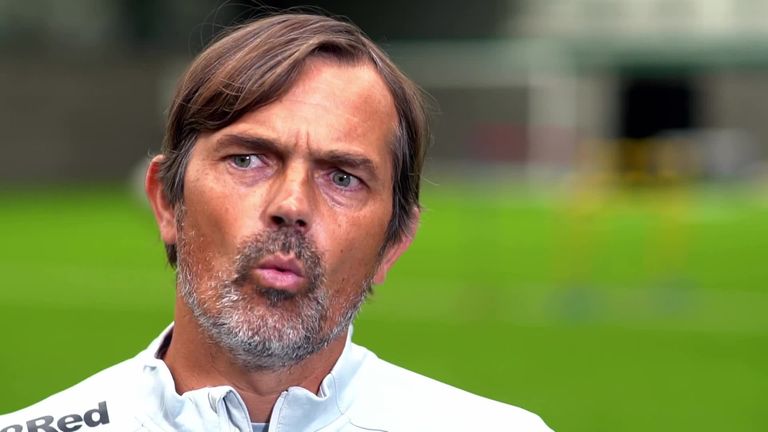 3:50 New Derby boss Phillip Cocu spoke to Sky Sports ahead of his side's Championship opener at Huddersfield on Monday night

It is no surprise that a man with eight league titles as a player and a manager, 101 caps for the Netherlands and nearly 300 appearances for Barcelona is confident in his own ability.

"I am a winner," said Phillip Cocu, speaking to Sky Sports for the first time following his appointment as Derby manager earlier in the summer.

"I really like to win. If I lose, you will see a different person in front of you."

Check out all the latest EFL odds and more from Sky Bet here...

Now 48, Cocu had great success in his first managerial role at PSV Eindhoven. In a five-year spell in charge, they won the Eredivisie three times.

A difficult spell at Fenerbahce last season, however, saw him dismissed within four months. Now he finds himself in the Sky Bet Championship, preparing for Derby's opening game of the season at Huddersfield on Monday night - live on Sky Sports Football.

But how did he end up at Pride Park? Philosophy, unsurprisingly, proved key for the Dutchman. 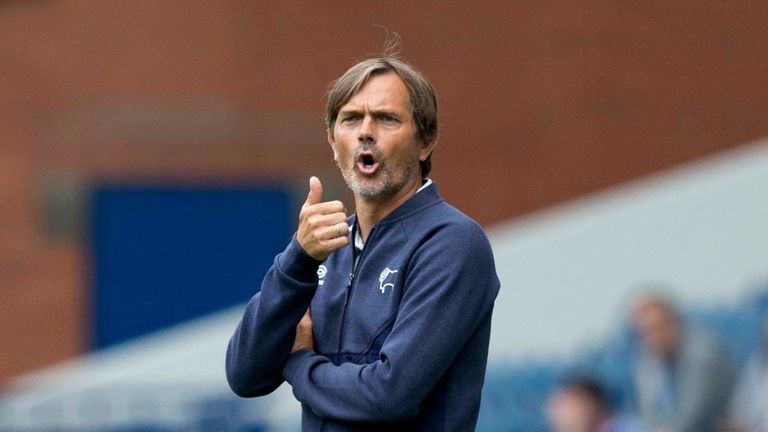 Phillip Cocu has taken over at Derby County

"They approach the game in a certain way, in how they play football and also their connection with the fans," said Cocu. "There is also a good focus on the academy and working with young, talented players, which is something we are very used to in Holland.

"We need to build them up and give them individual guidance. It's about how we educate and develop them and provide the steps to get them into the first team.

"We did it at PSV, but we also had some experienced players as well, which we will try and do here. But I have just arrived and will develop during the season.

"There are also great facilities here, so I am happy I made the decision to sign. It's a good feeling to be here."

While philosophy is key to Cocu, he also knows he wasn't gifted the same level of natural talent as many of the same players of his generation. He often played in the same Netherlands team as Clarence Seedorf, Edgar Davids, Dennis Bergkamp and Patrick Kluivert - to name but a few - and he knows his hard work was invaluable to reaching the same level. He brought that ethic to PSV, and aims to do the same at Derby.

"I set my standards and my demands high," he said. "If you have ambition and if you want to achieve something it won't come easily. You have to work hard and make sacrifices.

"Training hard is something a lot of people do because it is part of their job, but it is the sacrifices away from the pitch, that are sometimes more difficult, that can get the maximum out of your career. You have to be mentally strong to do both." 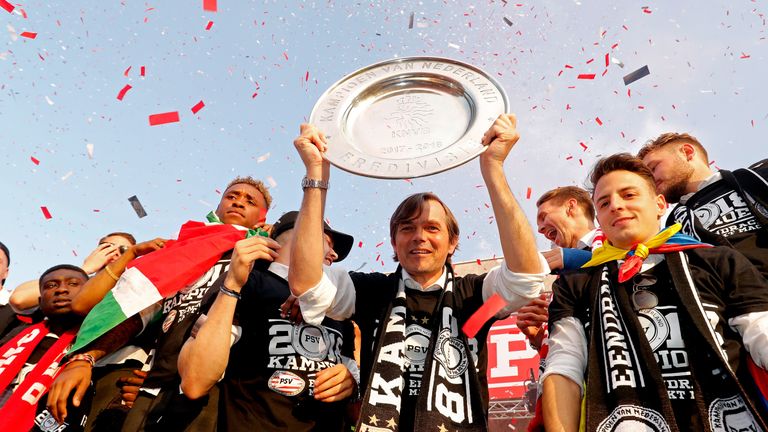 Cocu enjoyed plenty of success as a manager in the Netherlands

Despite his demands, he also places great faith in the talents of his staff. He is, by no means, overwhelmingly dictatorial in his role as manager.

"I like to give responsibility to the people I work with," he said. "They do their jobs because of the qualities they have, so I give them the freedom within our philosophy to do that, to develop themselves and the players they work with."

One of those people will be Liam Rosenior. The former Sky Sports pundit who has joined his coaching staff to offer some invaluable insight to a man who has spent virtually his entire footballing life in either the Netherlands or Spain. "His knowledge of the Championship is excellent," said Cocu. "That's one of the reasons we signed him.

"But even when he played football he was working with younger players, and has good experience of that. It's a good fit for us and he'll be a great asset to the team."

Derby could barely have gotten closer to promotion last season. Once again the club fell short in the play-offs as they were beaten by Aston Villa at Wembley in May.

There have been plenty of squad changes, and Frank Lampard is gone from the dugout, but the target remains the same for Derby: the Premier League.

For Cocu, however, it is about patience and taking things one step at a time. Cocu was previously manager at PSV

"The ambition is always for this club to be in the top six and the play-offs, but that is not the only goal," said Cocu. "The most important thing is we play football in a certain way, and develop young talent.

"We will demand the maximum of ourselves and the team in every game, and we will see where we end up at the end of the season. It is a really tough league and there aren't big differences between the teams. We will do our best to finish as well as possible.

"We can use the experiences they have of the play-off games positively. The goal of the club is to get to the Premier League but you never know when the moment will arrive to try and achieve that.

"It's a long season, though, and first we need to focus on a good start."

This news item was provided by the SkySports | News website - the original link is: https://www.skysports.com/football/news/11688/11775728/phillip-cocu-on-philosophy-for-derby-his-winning-mentality-and-hopes-for-first-championship-season